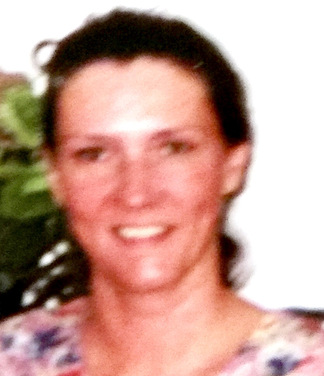 Back to Alisa's story

Alisa was born July 8, 1958 in the Somerset Hospital to John and Abbie Davidson.
She grew up in Monticello, Ky.
She attended Immanual Baptist Church throughout her youth and this is where she accepted Christ as her Savior, she was active in all church activities and she worked summers at Mountain View Baptist Camp.
She married William Douglas Nevels in 1976.
Their family grew when they welcomed two beautiful children-Lacy Danielle Marshall (Alex) in 1984 and Jordan Douglas Nevels in 1988.
She loved her children and grandchildren-Grayden and Lainey Marshall and Elijah Moughamian very much.
She passed away November 23, 2019 at UK Hospital after an acute
illness.
She was preceded in death and met at Heaven's door by her beloved grandparents-Proctor and Elsie (Gehring) Davidson, John and Lena(Criswell) Stephens and her parents John and Abbie (Stephens) Davidson.
She is survived by two sisters-Beth (Steve) Daffron and Denise (Terry) Rector and many nieces and nephews.
She was laid to rest after a private service in Nicholasville, Ky. where she and her family have resided for several years.
Published on December 10, 2019
To plant a tree in memory of Alisa Gaye Davidson Nevels, please visit Tribute Store.

Plant a tree in memory
of Alisa

A place to share condolences and memories.
The guestbook expires on March 09, 2020.

Nelson Elam
Doug, had not saw you or Alisa since High School. So sorry to hear of her passing she always had a smile on her face and was such a wonderful person.
View all