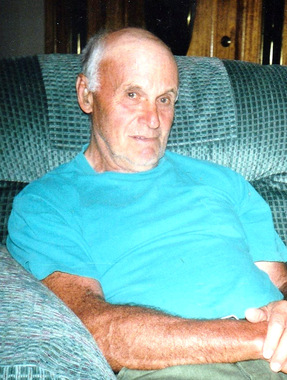 Back to Collins's story

Collins Adkins was born March 27, 1930 in Wayne County the son of the late Raymond and Zona Beaty Adkins. He passed away Tuesday
morning, October 29, 2019 at the Wayne County Hospital reaching an
age of 89 years.
He is survived by his wife-Ivory Hardwick Adkins; and children-Carolyn and her husband Billy Dobbs, James Adkins, and Billy and his wife Sue Adkins; grandchildren-Jimmy and Jason Adkins, Martha Upchurch, JaQuilla Daniels, Jaclyn Turner, Pricilla Minerd, Caleb Dobbs and Hannah Ryan; ten great-grandchildren and six great-great grandchildren.
Also surviving are siblings-Rosa and Nova Tinch, Kenneth, Mack and Kermit Adkins with many nieces, nephews, other relatives and friends to mourn his passing.
He is preceded in death by his siblings-Stella Phillips, James, Don, Franklin and Hollis Adkins.
He was retired from Gamble Brothers Manufacturing.
He had accepted Christ as his Savior and was a member of the
Steubenville Baptist Church.
Funeral services were held at 3 p.m. Saturday, November 2, 2019 in the funeral home chapel with Bro. Robert Spradlin officiating. Burial was in the Elk Spring Cemetery.
Hickey and Son Funeral Home in charge of arrangements.
Published on November 19, 2019
To plant a tree in memory of Collins Adkins, please visit Tribute Store.

Plant a tree in memory
of Collins

A place to share condolences and memories.
The guestbook expires on February 17, 2020.