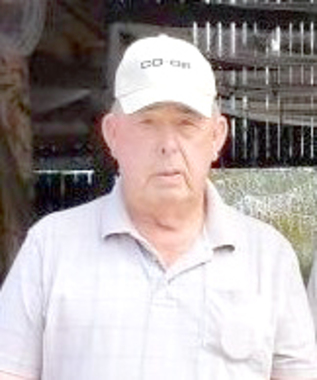 Back to Dale's story

Dale K. Gregory, age 78, of Stearns, Ky., passed away Saturday, December 21, 2019 at Wayne County Hospital.
He was born May 29, 1941 in Cooperative (Co-op), Ky. the son of the late Marion Francis and Gertrude "Gertie" (Jones) Gregory.
He is survived by his two sons-Jason (Sandra) Gregory and Justin (Josephine) Gregory; ten grandchildren-Josh, Jordan, Jacob, John, Jared, Jesse, Brittany, Austin, Cody and Trevor; 11 great-grandchildren; along with a host of family and friends who mourn his passing.
He was preceded in death by one son-Jeff Gregory; five brothers-Joe Dean, Vernon, Canon, Arnold, and Essmon Gregory; and one sister-Maggie Ramsey.
Funeral services were held Monday, December 23, 2019 at 2 p.m. at the Rock Springs Baptist Church with Bro. Estil Jones and Bro. Stephen Jones officiating. Burial was in the Rock Springs Cemetery.
Hickey Funeral Home in charge of the arrangements.
Published on December 30, 2019
To plant a tree in memory of Dale K. Gregory, please visit Tribute Store.

Plant a tree in memory
of Dale