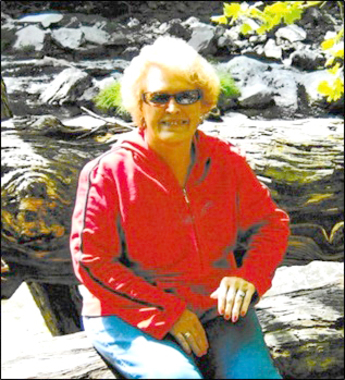 Back to Doris's story

Doris Bell, age 75, of Monticello, Ky., passed away Saturday, December 28, 2019 at Baptist Health and Hospice Facility in Louisville.
She was born March 23, 1944 in Monticello, Ky. the daughter of the late Roscoe and Ruby (Watson) Coffey.
She is survived by one son-Jarrad Bell; two daughters-Sandra Coe and Lisa Little; four brothers-Glasco Coffey, George Matthews, Jim Coffey and Jerry Matthews; two sisters-Georgie Young and Kathrene Faye Dobbs; four grandchildren-Sarah Madison Coe, Brodie Coe, Courtney Bell and Torie Bell Ovington; two great-grandchildren and one on the way, Azalea Harris and Leo Xavier Brumley; along with a host of family and friends who mourn her passing.
She was preceded in death by two brothers-James and Eddie Matthews; three sisters-Jewell Bell, Velda Pitman and Minnie Gregory; and one son-in-law-Glenn Little.
Funeral services were held Wednesday, January 1, 2020 at 1 p.m. in the funeral home chapel with Bro. Joey Allen and Bro. Paul Perkins officiating.
Burial was in the New Sandusky Cemetery.
Hickey Funeral Home in charge of the arrangements.
Published on January 7, 2020
To send flowers to the family of Doris Bell, please visit Tribute Store.

Send flowers
in memory of Doris

A place to share condolences and memories.
The guestbook expires on April 06, 2020.