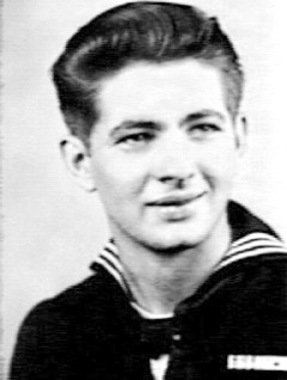 Back to George's story

George Johnides, Jr. was born on February 10, 1924 in Yorkville,
Ohio to George Johnides, Sr. and Ruth Briggs Johnides, who proceeded him in death. He departed this life on December 8, 2019.
He was also proceeded in death by his brother John (in WWII) and his brother Paul.
His sister Sara Sommers survives.
He is survived by his wife of 69 years, Betty Ayers Johnides, whom he met in college.
George & Betty were baptized into Christ and were members of the First Christian Church, in Monticello.
He is also survived by his children Ruth Johnides Gordon (Bill), Linda Johnides Brown (Sam), and George Johnides, III.
He is survived by six grandchildren, including Dr. Joseph Brown(Kelly), Natalie Moore (Christian), and Hayden Johnides.
He is also survived by nine great grandchildren, who brought him great joy in the past few years.
He graduated from Yorkville High School in Ohio, joined the US Navy and served in the south Pacific during WWII.
Upon his return after the war, he attended and earned a degree in
air conditioning and refrigeration from West Virginia Institute of
Technology in 1951.
George and Betty lived in multiple locations, settling in Xenia, Ohio while he worked as an engineer for Delco Air Conditioning, GM in Dayton for many years.
He was an active member of the Jaycees, the Masonic lodge in Xenia, Ohio for over 50 years, the Shriners in Dayton, Ohio for over 50 years, and the Supreme Council of Scottish Rite Freemasons in Dayton.
After retirement from GM, George and Betty moved to Monticello, having enjoyed Lake Cumberland for many previous years.
Here they made a home where family and friends visited and enjoyed their company.
He was very active in reuniting friends from his naval unit for annual reunions around the United States.
During his retirement he enjoyed woodworking, fishing, boating, golfing and following his favorite sports teams on TV.
A favorite pastime of theirs was traveling all around the
continental United States as well as Hawaii. George and Betty enjoyed watching their grandchildren grow and followed many of their activities when able.
He was an extremely patriotic man, who loved his country and family deeply.
As one of the last of the greatest generation, he worked hard, lived the American dream, and believed in doing what is good and right.
He will be remembered for his deep voice which camouflaged a caring and giving heart, as well as his witty sense of humor.
He will be sincerely missed by his loving family.
The family will receive friends on Friday, December 13, 2019 between 12 p.m. - 2 p.m. at First Christian Church of Monticello.
Memorial services will be held Friday, December 13, 2019 at 2 p.m. at First Christian Church of Monticello.
In lieu of flowers expressions of sympathy may take the form of
donations to: First Christian Church of Monticello, 108 Michigan
Avenue, Monticello, KY 42633.
Hicks-Vaughn Funeral Home in charge of the arrangements.
Published on December 10, 2019
To plant a tree in memory of George Johnides, Jr., please visit Tribute Store.

Plant a tree in memory
of George

A place to share condolences and memories.
The guestbook expires on March 09, 2020.

grace baker
How many good memories of George I have, I handled property for him in real estate, we became friends. He especially loved my husband Paul Graven who passed away in 1991. I am so happy we were in Wayne County in August and got to visit him and Betty. He still knew us both, my husband Ralph Baker and I. They were both very kind to listen to our music, will love and miss you my friend.
View all