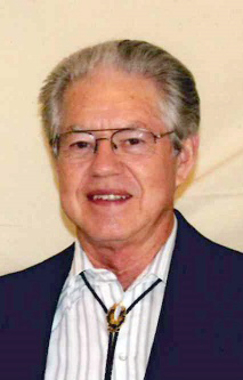 Back to Paul's story

Paul Mitchell Abbott, age 76, of Monticello, Ky., passed away Friday, December 13, 2019 at the University of Kentucky Medical Center.
He was born April 13, 1943 in Monticello, Ky. the son of the late Robert and Bessie (Guffey) Abbott.
He married Bonnie (Parmley) Abbott who survives him in death.
He is also survived by one son-Shawn (Debbie) Abbott; two sisters-Grace Hunter of Indiana and Betty Parmley of Monticello; and three grandchildren-Heather, Laurie and Matthew Abbott; sister-in-law-Maxine Abbott; along with a host of family and friends who mourn his passing.
He was preceded in death by siblings-Bobby Abbott, Eva Abbott, Leo Abbott, Vena Taylor, Clarence Chriswell, Claude Chriswell and Opal Fairchild; and two brothers-in-law-Jim Hunter and Don Parmley.
Funeral services were held Wednesday, December 18, 2019 at 12 p.m. in the funeral home chapel with Pastor Kevin Murphy officiating. Burial was in the Elk Spring Cemetery.
Hicks-Vaughn Funeral Home in charge of the arrangements.
Published on December 23, 2019
To plant a tree in memory of Paul Mitchell Abbott, please visit Tribute Store.

Plant a tree in memory
of Paul

A place to share condolences and memories.
The guestbook expires on March 22, 2020.